Coccidiosis & Your Chickens – What You Need to Know 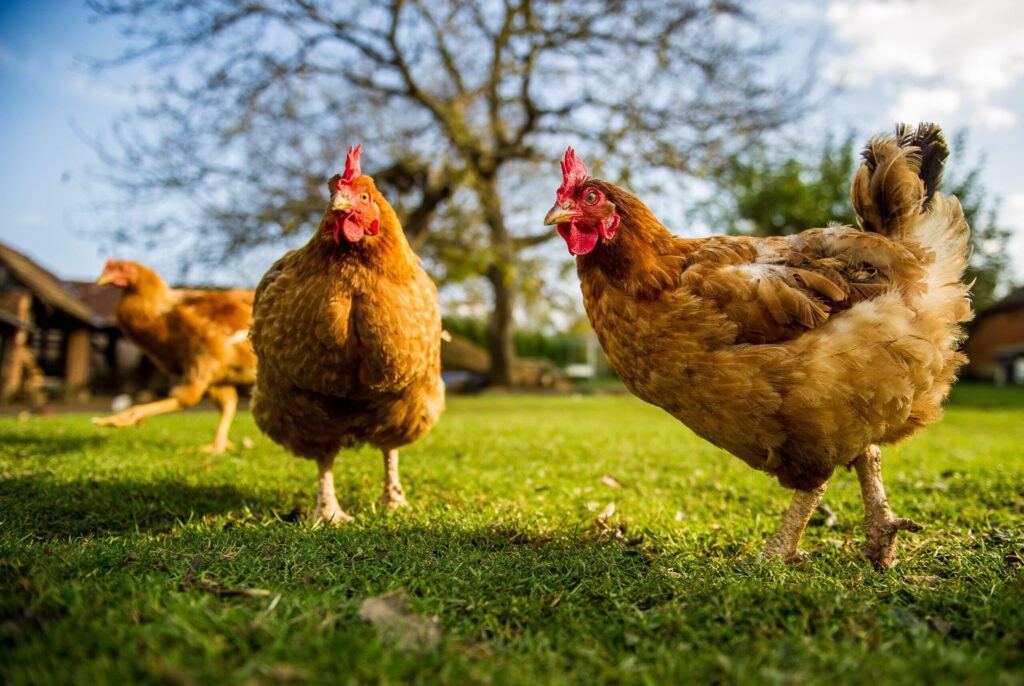 Whether you are thinking about raising your own chickens for meat or eggs or have an established flock, learning to protect your chickens from a variety of diseases will help you raise the most productive and healthy chickens.

One such disease is coccidiosis, the number one killer of brooder chicks, according to the Chicken Chick.

Coccidiosis is a common, and sometimes deadly, intestinal disease caused by a parasitic organism that attaches itself to a chicken’s intestinal lining. This parasitic invasion damages the intestinal tract, preventing the host chicken from absorbing nutrients vital to their survival.

Coccidiosis starts with an oocyst, or microscopic egg, that is passed through a chicken’s droppings. The oocyst can lay dormant in soil for up to a year and doesn’t become infectious (sporulate) until the surrounding conditions support its survival.

Sporulation generally occurs in wet, humid conditions between 70 and 90 degrees Fahrenheit that are present for several days. Areas around feeders and waterers are prime real estate for these parasites, especially if these areas are not cleaned and maintained properly.

After sporulation, the oocyst will be ingested by a chicken, typically through eating, drinking, or scratching the ground. Once in the stomach, stomach acid begins breaking down the hard, protective layer surrounding the oocyst. The oocyst then hatches and invades the cell lining of the chicken’s small intestine. The oocyst goes through several life stages and multiplies rapidly, rupturing bowel cells as it continues to proliferate.

All chickens are carriers of various strains of the coccidiosis organism, but not all become infected with the disease. Coccidiosis can also be spread by unknowingly carrying the eggs (oocysts) of these parasites on clothing or equipment, such as shovels or pails, into the flock environment.

Young chickens (under six months of age) are most susceptible to the disease since they haven’t had time to develop a natural immunity. However, adult chickens can also be infected with the disease and pass it on to other members of the flock through their droppings.

Coccidiosis develops quickly, with an incubation period of 4 to 8 days. Symptoms may develop gradually or appear suddenly. It is not uncommon for a chicken to seem fine one day and become very sick or even die the next.

Other symptoms of coccidiosis can include:

Not all chickens will display the same symptoms and all of these symptoms might not be present in affected chickens.

If you suspect coccidiosis infection, have the chicken droppings tested by a veterinarian as soon as possible to confirm your findings and begin treatment.

Fortunately, coccidiosis is treatable if caught early enough. It is important to treat every bird in the flock to contain the outbreak.

The most popular treatment for coccidiosis is Amprolium, which blocks the parasite’s ability to uptake and multiply.

Treatment is usually administered by adding Amprolium to the chickens’ water supply, however in some cases, where sick chickens aren’t eating or drinking enough, the medication is given orally.

Treatment usually proceeds for 7 days, though sick chickens often show improvement in as little as 24 hours. In particularly warm, wet, or humid environments, a second dose of the treatment is recommended after a break in between to ensure complete eradication of the infection.

Amprolium can also be given on an ongoing basis, as a disease preventative. For more information on treatment and prevention options for your flock, consult your veterinarian.

The best way to handle an outbreak of coccidiosis is to prevent one from occurring in the first place. While these measures won’t always prevent an outbreak, taking these steps can go a long way to ensuring the health of your flock.

To keep your chickens safe, don’t wear the same clothing or shoes, or use the same tools and equipment with your chickens that have been used for other activities or on a neighboring chicken farm. If you do, you risk exposing your chickens to a different strain of coccidiosis for which they have no built-in immunity. You also risk infecting your neighbor’s chickens with strains of the disease that exist on your farm.

Quarantine New Members of the Flock

Since it’s easy for water to become contaminated, be sure you are cleaning waterers regularly. If possible, provide poultry nipple waterers, rather than open watering areas. Baby chicks instinctively take to nipple waterers right away and older chickens adapt easily to the change. Nipple drinkers provide a contained source of water that has been proven to reduce disease. In fact, commercial chicken farms have been using nipple waterers exclusively for the last 25 years.

Clean, dry feeding areas are a must to avoid the spread of many diseases and infections including coccidiosis. Never throw food on the ground where it can become contaminated.

While particular attention should be paid to feeding areas, keeping brooders and coops clean and dry is very important to discourage the spread of disease. Soiled, damp bedding provides an ideal environment for coccidiosis parasites to multiply quickly.

Coccidiosis, as well as many other infections, spread quickly in overcrowded areas. In order to provide adequate space and ventilation, be sure each chicken has at least four square feet of space inside coops, 10 square feet in chicken runs and 6 square feet of flooring in brooders for week old chicks.

Use Medicated Starter Feed for Chicks

Gradually introduce chicks to a properly maintained chicken yard by the time they are 4 weeks old. This helps the chicks build a natural immunity to the strains of coccidiosis that are present in the immediate environment and in the flock.

Adding probiotic supplements to your chicks’ water can help create the conditions for competitive exclusion – a process where good bacteria compete for the resources of bad bacteria inside the gut. This can reduce the chances of infection with coccidiosis and improve immunity to other infections as well.

While there’s no doubt that an outbreak of coccidiosis can be deadly to your flock, providing the best conditions for your chickens and taking preventative action can go a long way toward keeping your chickens healthy and productive for years to come.

When it’s time to expand your flock, be sure to check out the NPIP certified chicken hatcheries at Freedom Ranger Hatchery for quality baby chicks shipped direct to your door, nationwide!