Protecting Your Chickens from Newcastle Disease 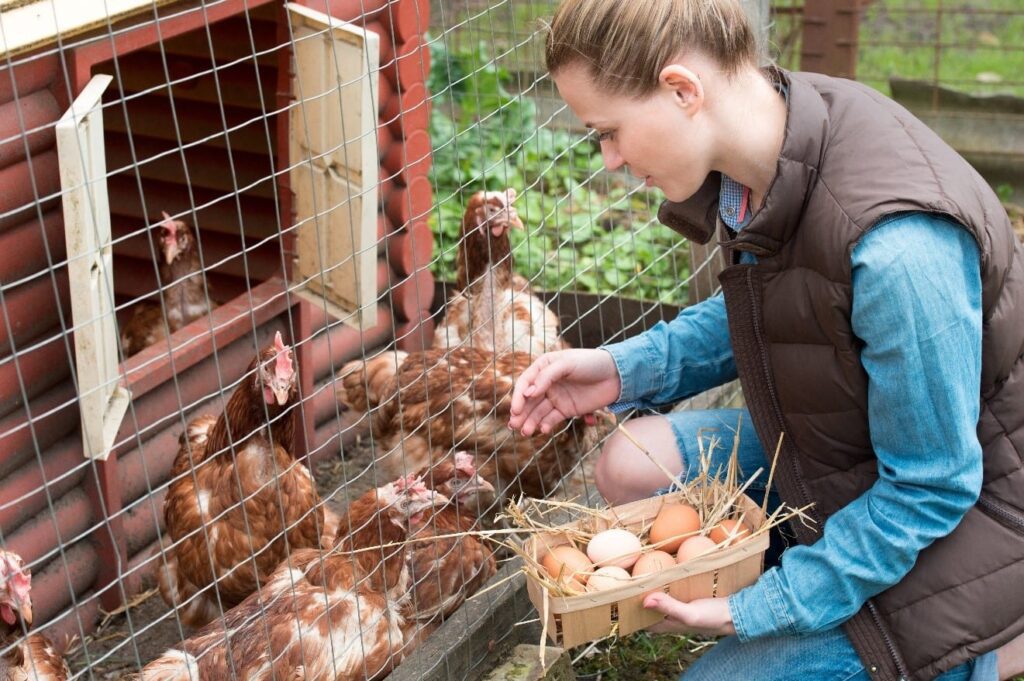 Newcastle disease was first discovered in 1926 in Indonesia, but was later named after the town of Newcastle upon Tyne, England, where the disease occurred in 1927.

According to the World Organization for Animal Health, “the disease has been currently controlled in Canada, the United States and some western European countries. It continues in parts of Africa, Asia and South America. However, since wild birds can sometimes carry the virus without becoming ill, outbreaks can occur anywhere that poultry is raised.”

The disease can appear in one of three forms:

Some strains of the virus attack the nervous system of infected birds. Others attack the respiratory or digestive systems. While lentogenic strains are the most widespread, they cause the fewest disease outbreaks.

Newcastle disease can be transmitted to humans, though infection is rare. The most common symptoms in humans are conjunctivitis and minor flu-like symptoms. Those most susceptible to infection with Newcastle disease are poultry crews and laboratory workers who come in contact with infected chickens. Proper disinfection after handling infected birds is very effective at preventing transmission. No instances of disease have resulted from eating poultry products.

What are the symptoms of Newcastle Disease?

Affected layers may show an abrupt decrease in egg production or produce eggs with thin shells. Eggs may also appear abnormal in shape or color, and have watery albumen (egg white).

Since the symptoms of Newcastle disease can closely resemble those of avian influenza, laboratory testing is recommended to confirm the diagnosis. The OIE Manual of Diagnostic Tests and Vaccines for Terrestrial Animals contains appropriate procedural guidelines to isolate the virus.

How Is Newcastle Disease Spread?

Newcastle disease is spread primarily through the droppings and secretions from infected birds. Infected birds can also shed the virus into the air, where it can be ingested by other members of the flock.

The disease spreads rapidly among birds in confinement, such as commercially raised poultry. Signs of illness appear in the flock within 2 to 12 days after exposure through the air. Spread of the virus is slower through fecal or oral transmission.

The virus can survive for several weeks in warm, humid environments such as bird feathers, manure, or other materials, so it’s easy to pick up the virus on shoes, clothing, or equipment and transmit it to healthy birds in another flock.

What Is the Treatment for Newcastle Disease?

Since Newcastle disease is a viral infection, there is currently no treatment. Antibiotics are sometimes used to control secondary bacterial infections that result from the disease.

“A vaccine is available for birds and is routinely used in poultry flocks. While this can reduce the severity of the disease, it does not completely prevent infection,” according to a report published by The Center for Food Security & Public Health.

In addition to vaccination, described above, the best way to prevent Newcastle disease from affecting your flock is strict biosecurity. These measures include:

Be sure to quarantine any new members of the flock at least 12 yards away for a minimum of 4 weeks in order to avoid infecting your flock.

Ensure that anyone who will come in contact with the flock has not had contact with other birds (including pets) for at least 24 hours. This includes hunting or visiting live bird markets or events where birds are present.

Adding a perimeter fence can prevent your chickens from coming in contact with other birds. Be sure the fence completely surrounds the flock and that gates are always closed when not in use. Screens should also be used on poultry houses to keep wild birds out.

Be sure to thoroughly clean and disinfect tools and equipment when they’ve been used in other areas of the farm or in the vicinity of other flocks. You may also want to use a set of dedicated tools and equipment for each flock to avoid contamination.

Isolate the disposal of dead birds and manure management functions to a separate area, away from the flock to minimize contamination.

While Newcastle disease is currently controlled in Canada, the United States, and many western European countries, outbreaks can still occur. That’s why it’s so important to take a proactive approach by vaccinating your birds and practicing scrupulous biosecurity. These measures provide the best chance to raise productive and healthy chickens for years to come.